When our school began in September 2015, we had only 40 students and only 20 of them played Orchestral instruments.  They were all ages and abilities, in fact some had only just started to play, but we started the orchestra regardless and carefully orchestrated the pieces to include everyone.  The orchestra was run by the teachers voluntarily and was free for any student who wished to participate in the locality from our own school and from other schools and teachers.

As the school grew, we had enough students to form 2 separate orchestras, junior and senior, but we always felt that the notion of combining all ages and abilities into one orchestra was a project worth pursuing. So, we began to pick out pieces and orchestrate them to suit what and who we had in the school regardless of age and ability!

At this stage, we realised that the orchestra was taking on a life of its own and required a committee, more teacher involvement and an application for charity status, which we received last year)  The school continues to fund the insurance, rehearsal rooms, heating etc… but the purchase of instruments, photocopying, travelling to concerts and events all require funding.  We had grown so fast in such a short time and had so many other children and teens wishing to join.

Getting both orchestras to play together was a mammoth task. It was a difficult process and the orchestral scores were huge!  Each piece would have up to 5/6 violin lines, 3 viola lines, 3 cello lines, 2 double bass lines etc…, to make the pieces accessible to everyone. The standard of the orchestra ranges from complete beginner to grade 7 and the age range of the orchestra is 4 to 18 , so, the pieces had to be complicated and easy all at the same time!

Each orchestra practices their parts separately under different conductors and every few weeks…mayhem!!!  We rehearse together!  It is always a little rocky at the start but it is incredible how quickly it comes together.

The benefits began to show straight away.  The older students became mentors for the younger kids in their sections.  They helped them set up, tune up, prompted them in rehearsals and encouraged them so much in their playing.  They began to demonstrate incredible maturity and they themselves became very invested in the younger players.

As for the younger players, they idolise the older kids and aspire to play like them.  They have learnt patience, (there are sections where they are not playing so just have to follow the music), their sight reading and rhythmic awareness has improved immeasurably, they have learnt to carefully watch the conductor so they know when to come in and fall out and most importantly, they have been exposed to classical music that is beyond their level and ability but of which they are part of.

For the most part, we operate 2 separate orchestras, the junior and the senior.  The orchestra has had wonderful opportunities since its inception including playing at the IAYO festival of youth orchestras on February 10th.  80 young people between the ages of 4 and 18 and between the levels of complete beginner and grade 7,  brandished violins, violas, cellos, double basses, trumpets, trombones, clarinets, bass clarinets, recorders, flutes and percussion, and took the National Concert Hall by storm!

We also played at Coole Music Festival, St. Marys Cathedral and The Art Gallery, and recently we played host to a visiting Orchestra from Wisconsin!!

This year, we won the Orchestra Achievement award from the Irish Association of Youth Orchestras and were delighted that our Orchestra featured in Articles in the Irish Times, The Irish Independent and other local newspapers!

A voluntary contribution of €2 is payable (if you can afford it) at orchestra rehearsals. 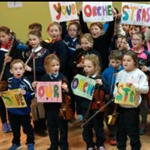 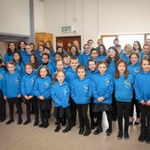 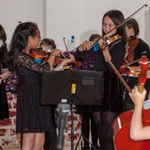 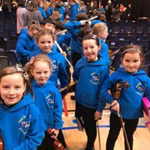 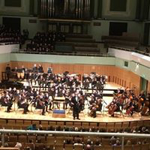 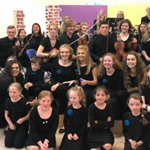 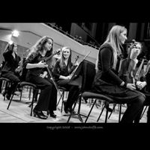 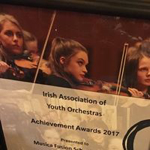 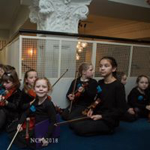