Paul O'Connor is a guitarist from Limerick who's just returned from nearly 10 years  in the UAE. He taught in some of Dubai and Abu Dhabi's top international schools, while also maintaining a very active career as a freelance guitarist/band leader  in the region. HE performed  at such events as the F1, Emirates jazz festival, Dubai Sevens while also holding down residencies in venues like Jazz@pizzaexpress, Emirates palace and  Burj al Arab to name a few.

Prior to that Paul taught for 10 years in Limerick school of music as well as the northside learning hub and various other secondary and primary schools.

Paul specialises in rock, pop, blues and jazz on acoustic or electric guitar, with plenty of experience of teaching all ages and abilities. He  looks forward to welcoming new students to  Musica Fusion. 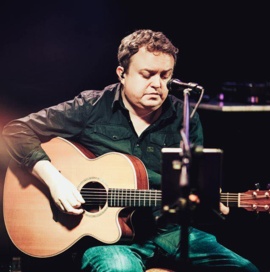