Miriam comes from a very musical family and has been treading the theatrical boards since the age of 9 yrs. She studied classical ballet and modern jazz at the Gallagher Academy of Dance in Limerick and continued her training with tap and salsa while studying in U.L . She has now worked in Theatre for the past twenty years. Miriam is also a qualified SNA and has worked with Down Syndrome Ireland and other disability organisations in Limerick for over ten years. She also holds a diploma in Cognitive Behavioural Therapy and another in Child Delopmemt and Psychology. Miriam has taught in the past for many Limerick stage schools including, Centerstage, Frontline and High Voltage and has directed and choreographed over seventy musicals to date all over Munster. She also teaches on a semi permanent basis in many primary and secondary schools. Miriam is also a member of many choirs, theatre groups and musical societies including the award winning Limerick Musical Society. She has played many lead roles over the years with various groups including Erma in ‘Anything Goes’, Nancy in ‘Oliver’, Juliet in ‘Shakespeare in the park’ , Lily St Regis in ‘Annie’ and Adelaide in 'guys and dolls' to name but a few. She is also an active member of both The Torch Players and The College Players in Limerick. Miriam taught dance classes for many years in Tír Na Nóg in Charleville. 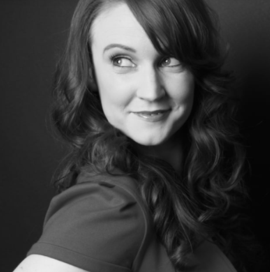